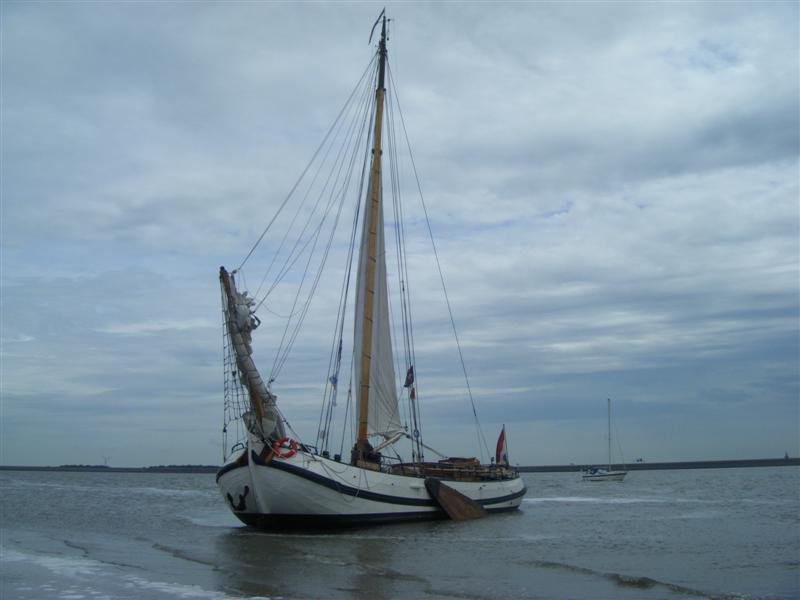 I worked 5 years as a deckhand on a number of barges here in the Netherlands.

I had spent a few years painting ships, inside and outside, and one day we were talking about going sailing. So I said ‘okay, I’ll give it a go’. Everyone thought I would quit after two weeks, but I actually liked it very much. So I kept working as sailor for five years.

We get groups of tourists, mainly German people, and sail whereever they want to go. Some want go island hopping, others want to go to Amsterdam. Any way the wind blows. The old barges have been rebuilt to accomodate 12 to even 50 people, with a day room and sleeping quarters, a kitchen, toilets and showers. Some barges but mainly the larger clippers are very luxurious.

As job, I would recommend it to anyone. The work doesn’t pay much, but you get your own room, you eat with the guests, they pay for your beer, so you have little or no cost. It is healthy, it is good physical work, you can have a lot of fun with the guests, and it is green as can be. And your colleagues are some of the coolest people you will ever meet.

You need 360 sailing days as a deckhand to quality for an education as skipper. That is a half year study. And then you can become a skipper. A number of skippers in time buy their own ship, some even multiple ships.

This website uses cookies to improve your experience while you navigate through the website. Out of these, the cookies that are categorized as necessary are stored on your browser as they are essential for the working of basic functionalities of the website. We also use third-party cookies that help us analyze and understand how you use this website. These cookies will be stored in your browser only with your consent. You also have the option to opt-out of these cookies. But opting out of some of these cookies may affect your browsing experience.
Necessary Always Enabled

Any cookies that may not be particularly necessary for the website to function and is used specifically to collect user personal data via analytics, ads, other embedded contents are termed as non-necessary cookies. It is mandatory to procure user consent prior to running these cookies on your website.