Juust is my personal website, run by Juust Out. A business economist with a love of programming, seo, economy in general, and these days cryptocurrencies.

You make money by transacting 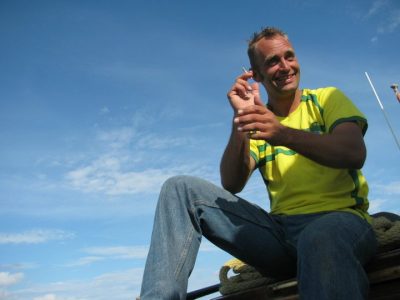 Being a business economist, I was trained to think in terms of cost and yield, how to make a profit in business. That world is entirely about money. I worked for some large companies in the Netherlands, neckties and three piece suits, main office, millions at stake. These companies easily payed 100 to 250 dollars an hour. I was making good money, more than I could spend. But often in summer, when it was 30 degrees in the shade, I would sit at my desk and think ‘What happened to my life ? This is not who I am…’.

One day I got my head out of my ass, I lost the drive to work, and I quit. Time for a big reboot. One of the local temp agencies ran an ad ‘the best you can be is yourself’. I took that one to heart. I needed to figure out what was bugging me. I took some time to resolve my personal matters. I found out who I actually am, where I belong, and worked for the Brotherhood for years, for the Germanic House. That was quite a ‘spiritual’ venture. It is a world where money does not matter. I learned what it means to be human and met some of the coolest people on the planet.

I sometimes said ‘whatever you own, owns you’. Back then I had no money, no house, I had cut all ties to my old life and lost contact with my old friends, I had two chests with personal belongings, scrapbooks from kindergarten and some family pictures, that’s all. But I was free, and I could just be myself and do what I felt like doing or needed to do. Nothing to tie me down or hold me back. Complete and utter liberty.

Whilst working for the Brotherhood, I spent a few years working as painter and sailor. I didn’t make much money, barely enough to get by, but I thoroughly enjoyed and loved that life.

At some point though, I had had my fill of that lifestyle and I  started working as a bookkeeper. Back into the world of money, just different this time. I have matured a bit and am more conscious of myself.

And laudable as all the spiritual ideas and ideals are, it doesn’t hurt to have some money to throw around. We all have bills to pay. One thing I realized, I was not transacting other than selling labour hours for 10 dollars an hour that barely covered the cost of living. You make profit (or loss) when transacting. I needed to start transacting.

I had a look around the web, checked out all the money makers, and decided on trading cryptocurrencies. On average, 9 out of 10 of my trades generate profit. I found out I am good at trading. It gave me what I wanted, a financial buffer, more financial security, some spend capacity. I am still used to living a 10-dollar lifestyle though. I once thought if I made some real money, I would go on a spending spree and live in the lap of luxury. But I have grown accustomed to living a very basic lifestyle, with little or no luxuries.

I have seen both sides of life, and well, currently I am somewhere in between, trying to combine the two lifestyles.

This website uses cookies to improve your experience while you navigate through the website. Out of these, the cookies that are categorized as necessary are stored on your browser as they are essential for the working of basic functionalities of the website. We also use third-party cookies that help us analyze and understand how you use this website. These cookies will be stored in your browser only with your consent. You also have the option to opt-out of these cookies. But opting out of some of these cookies may affect your browsing experience.
Necessary Always Enabled

Any cookies that may not be particularly necessary for the website to function and is used specifically to collect user personal data via analytics, ads, other embedded contents are termed as non-necessary cookies. It is mandatory to procure user consent prior to running these cookies on your website.